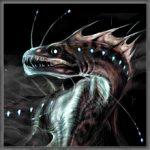 I can be reached in many ways. I've listed a few of them in the order of which I will respond to you quickest:

I sometimes post a blog detailing in-game information. Since these blog posts are generally full of data, I format them into tables rather than paragraphs in order to organize the data in a concise way. Here is a list of my blog posts that you may or may not find interesting:

Basically, you send trade with any number of unbound items and I place them into your presents for you. Once finished, I'll charge 1 for every 5 gift items sent. This "1" can be paid by either gifting me or making a trade containing any one of:

A list of players with outstanding debts will be kept for future reference. If debt is not paid within 48 hours, the ID will be blacklisted and I won't be dealing with that player in the future.

Update: the gifting service is now pretty much obsolete due to the card boxes available (it's about time), but I'll still honor any gifting requests sent to my iOS ID: Amphitere.

Don't throw too much money into the game for your own sake. There are many reasons, but sudden termination is the only one I'll mention. Your account is entirely in the hands of the game developers, Applibot. You own nothing, so every dollar sent their way is a dollar you have no chance of ever getting back. If you feel that dollar was spent well, nobody is judging you.

However, whenever spending money on the game, keep in mind “sudden termination” always lurks around the next bend. It cannot be predicted, nor controlled by you and can happen in a number of ways. Off the top of my head:

So enjoy the game, but please don't take it too seriously…

@Shane613: I love all your nice-looking, maximally-sized (without enlargement), PNGs! The highest resolution images available on wiki. Thanks!

Retrieved from "https://legendofthecryptids.fandom.com/wiki/User:Amphitere?oldid=222678"
Community content is available under CC-BY-SA unless otherwise noted.