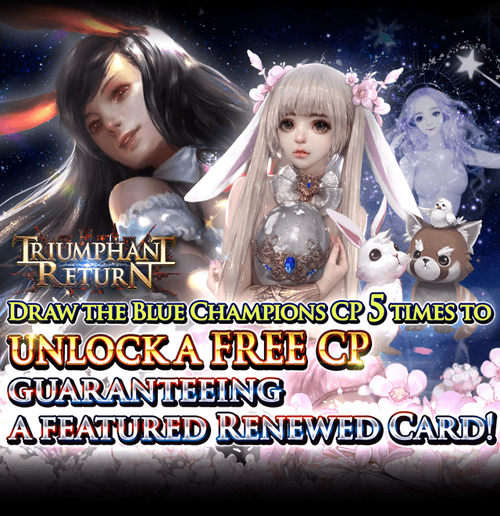 It is divided into two parts, the Blue and Red Champions CP.

In October 2018 it started with (Autumn Festival) Costumed Elimval (UR), a 6-Stage Evolution.

From December 2018 on the card pack includes 2 customizable LRs.

It was replaced in February 2020 by the Parallel Crossing card pack.

Retrieved from "https://legendofthecryptids.fandom.com/wiki/Triumphant_Return?oldid=317983"
Community content is available under CC-BY-SA unless otherwise noted.