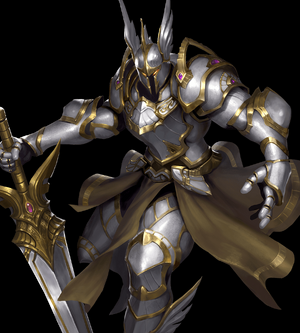 Momorch the Silvercoat first appeared as Secret Boss during the Divine Judgment Raid Event, part of the Dark Stigma story.

He also appeared as Secret Boss in his evolved from (Adamantine) Momorch the Silvercoat. 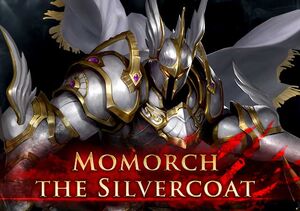 He become the standard End Boss for the Event Quests 9 and 10 during the following Malice Canon raid events of the Dark Stigma story line.

Retrieved from "https://legendofthecryptids.fandom.com/wiki/Momorch_the_Silvercoat?oldid=296740"
Community content is available under CC-BY-SA unless otherwise noted.