Guilds are in-game player formed circles or organizations, similar to other RPGs. Being part of a guild usually entails certain benefits, such as a small boost in stats during battle, as well as additional rewards during events. As well, guilds often offer allied support during certain events, and many guilds often provide additional benefits to members, such trading discounts. Being part of a guild is also the only way to participate in Battle Royales.

Anyone can start a guild, but joining a guild requires an invite. 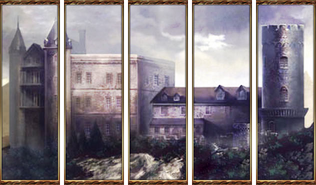 Anyone may join a guild; however, it is always subject to the guild leader's approval.

Currently there are no search options for a guild name, so to discover guilds you must:

Make sure to check out the Guild Recruit Page

Guild creation is completely free. The conditions to create a guild are:

A guild can buy facilities offering the following benefits to its members:

Members of a guild can have different roles:

Anybody can donate Coins and/or treasures. Treasure is converted into Coins at the time of donation.

Guild officers are allocated based on size of guild; the bigger your guild grows, the more officers you can have.

During Battle Royale, ANYONE can declare war on another guild.  Don't forget to post in guild chat to let everyone know!

The number of members a guild can have grows with its guild rank. At the beginning you will gain a new member with every rank increase, however the higher your rank is the more ranks you need to gain to acquire another guild spot.

The Growth represents the total number of coins collected divided by a thousand.

Look at the Guild Recruit Page

Community content is available under CC-BY-SA unless otherwise noted.
Advertisement