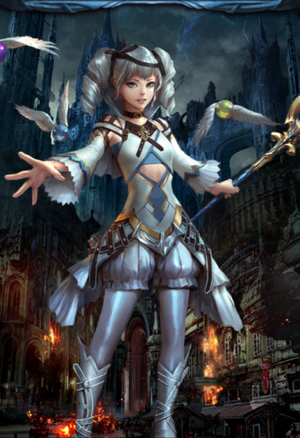 Chobla, Young Mage was the first incarnation of the reoccurring Regular Boss of the Divine Judgment Raid Event, part of the Dark Stigma story.

She appeared later in the evolved state as (Flying Gems) Chobla, Young Mage for the second half of the event quest. 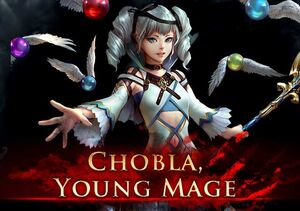 She become a standard boss during the Malice Canon raid events of the Dark Stigma story line as:

Retrieved from "https://legendofthecryptids.fandom.com/wiki/Chobla,_Young_Mage?oldid=294970"
Community content is available under CC-BY-SA unless otherwise noted.