The 60-Day Login Promotion is a reoccurring login bonus campaign. As the name implies, it rewards a multi-stage special evolution cards to players who log in for 60 days. Usually, the promo has a different card for every 60 days one logs in. The promos also usually give out other bonuses, such as gems, enhancer dragons, card pack tickets, and restoration items.

Starting July 8, 2013 (Android) and July 11, 2013 (iOS), a new login bonus promotion was introduced for Legend of the Cryptids hitting 4 million downloads for both Android and iOS versions. Logging in everyday for the first 60 days would give players a Chivalrous Knight Princess Lisa on days 1, 7, 20, 40, and 60. Players could special evolve the card into a powerful pwr16 ultra rare EX;(Homecoming) Princess Lisa's Return.

Other than the special evolve cards, the promotion also included free Gems, Power Potions, LCP Claim Tickets (some of which had a 2-10% chance to pull an ultra rare), and Energy Drinks.

On days 1, 7, 20, 40, and 60, players would receive the Chivalrous Knight Princess Lisa card, which could be special evolved through five different stages:

Additionally, the card's element automatically matched up to the element of the player receiving the card.

On days 76, 82, 95, 115, and 135, players would receive the Innocent Dragonchild Teluas card, which could be special evolved through five different stages:

Additionally, the card's element automatically matched up to the element of the player receiving the card.

The Promotion lasts for a total of 200 days, including two 10 days interval. 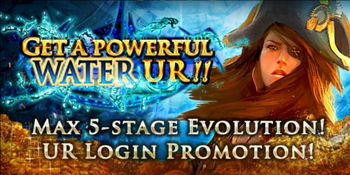 (picture to be added soon)

Starting April 23rd, 2015, a new 60-day login campaign was introduced to celebrate the third anniversary of Legend of the Cryptids. Logging in for 60 days will give players the  card, which has a total of 11 stages. As this promotion is still ongoing, it is unknown what exact days each of the cards will be distributed on. However, the first card is distributed on day 1 and the second card is distributed on day 7. A total of 9 cards will be distributed, plus a special ticket that will evolve the card either into a "normal" form is a "special" form.

As the promotion is still ongoing, the exact end date is currently unknown. It is also unknown if there will be a second card distributed after the first card.

Additionally, players must evolve the 9th stage with (presumably) another card obtained through a ticket received on day 60 of the login promo. Depending on the card obtained from the ticket, either a normal or special final form is obtainable, the card can then can have its element changed with a crest:

*NOTE: As this promotion is currently ongoing, not all details are known. This section will be updated as more details are obtained.

Retrieved from "https://legendofthecryptids.fandom.com/wiki/60-Day_Login_Promotion?oldid=262799"
Community content is available under CC-BY-SA unless otherwise noted.