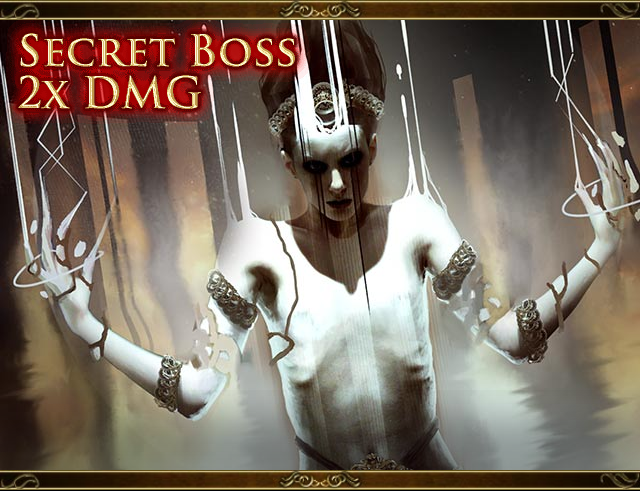 (Last) The Shadow King's Core (Raid Boss) is a secret boss encountered randomly during questing in the Starless and Bible Black raid event. Secret bosses are only encountered after defeating the two end bosses and the two hidden bosses (at least once each) as well as the 18,000,000 hp secret boss (at least once). They are hit for double damage and the player has 2 hours to defeat them. This boss always begins with 21,000,000 hp.

Retrieved from "https://legendofthecryptids.fandom.com/wiki/(Last)_The_Shadow_King%27s_Core_(Raid_Boss)?oldid=206084"
Community content is available under CC-BY-SA unless otherwise noted.